Here’s a new year brain teaser: what was first attempted in Austria, shortly thereafter taken up in Germany and is now being hotly pursued by a Greek? The answer (of course, given the above title) is the development of a brand new reel-to-reel tape deck. And whoever gets there first will have quite the world exclusive to their credit – even if just briefly, given the others at their heels…

“Reel-to-reel is the new vinyl!” has been the rallying cry among the worldwide audiophile press in recent years, hailing the unexpected resurgence of the format. Except of course that as wonderful as vinyl is (and it truly is), reel-to-reel unequivocally whips its butt! But since production of the requisite hardware (the reel-to-reel tape deck) ceased around a couple of decades ago, we forgers of the tape revival have been loitering with intent on Ebay and scrapping over the more serviceable vintage models still in circulation. Tape engineers in the restoration game must be rubbing their hands together!

But things could be about to change considerably, thanks to our aforementioned Austrian, German and Greek friends.

The Austrian company in question is Horch House, which announced its intention to pioneer the world’s first brand new reel-to-reel tape deck in early 2016. Conversations with Revox subsequently followed, but then sadly all seemed to go quiet and to date no product has come to market. I’d love to think that it still will, but either way, Horch House is to be credited for getting the whole ball rolling (and its catalogue of excellent quality master tapes is definitely one to check out).

Fortunately a second contender soon stepped into the ring in the form of German company Ballfinger. Designer Roland Schneider previewed a prototype of his M-063 tape machine at the Hamburg and Munich High-End hi-fi shows in 2017. His design received significant worldwide press and public interest and was nominated for the German Design Award 2018. Since then, Schneider has been hard at work advancing and refining his product and the M-063 is expected to come to market sometime this year. It will be a limited edition machine with slightly different versions aimed at studio professionals and home users, and will be sold direct by Ballfinger. The prototype was indeed magnificent and I can’t wait to see and hear the finished products.

As if that weren’t excitement enough for us self-confessed tape addicts, now there’s a further reason to get hot under the collar… Kostas Metaxas. Yes, that Kostas Metaxas – the Greek designer of stunningly sculptural hi-fi components. If you’re familiar with his hi-fi brand Metaxas & Sins (spelling/pun 100% intended) then you’ll know that his products not only sound incredible, but are also works of highly original, avant-garde, modern art. Here’s the exciting bit: Metaxas has just announced that he, too, is crafting a brand new tape deck!

Why so exciting? Well, I can give you three good reasons right off the bat. The first that it’s a tape machine and boy, do I love all things tape! The second is the prospect of a Metaxas-style deck, since there’s no doubt that it will be a design object of singular beauty. Personally I find pretty much all tape machines to be things of beauty, such is my love of the format and of analogue technology (including my Studer A812 which my partner thinks looks like some kind of mutant dalek from 1960s Dr Who!). But I have absolutely no doubt that Metaxas will take the aesthetics of the thing to a whole different level.

The third reason for my excitement is the ‘DNA’ involved. Call me old fashioned, but when somebody announces their intention to get on board with something I have a particular fondness for, I want them to have form. In other words, they’re not just eyeing up a potentially lucrative market, they’re doing it for love and with genuine, red-blooded passion. They’re doing it because it’s in their bones and they can’t not do it. Such is the case, I believe, with Kostas Metaxas.

Even if you’re familiar with the Metaxas hi-fi brand, you perhaps haven’t thought of the man himself as a recording engineer. The fact is, however, that he’s probably one of the most prolific recording engineers using analogue tape in recent years. But he doesn’t tend to record music to sell, rather for his own professional experience, ongoing audio research and (equally important) for pleasure. The point is, his commitment to analogue tape is unassailable. “There’s no doubt that the absolute best ‘source’ for reproduced music is analogue tape, and that reel-to-reel tape recorders are the best way to record and capture music, bar none. This is a fact not open for discussion,” he says.

Frankly, he should know, having recorded more than 300 concerts on analogue tape over the past few decades. In doing so, his machines of choice have been two heavily modified Swiss Stellavox portable recorders, both manufactured in the mid-1980s. Even back then, they didn’t come cheap. “In 1986, they cost me about the same as the price of a suburban house in Melbourne, Australia!” he admits (having lived there at the time).

Metaxas’ work with Stellavox, including some of his recordings on DVD, have been featured in a book on Stellavox by German writer Roland Schellin. And, to honour Metaxas’ love for the brand, the design of his new tape deck will draw heavily on the Stellavox SM8 recorder – with the full blessing of Stellavox’s founder Georges Quellet.

The Metaxas & Sins ‘GQT’ (Georges Quellet Tribute) is a portable analogue tape machine designed for on-location recording as well as for home or studio playback. Biased for either SM468 or SM911 1/4″ analogue tape, it will operate at 15ips using a brushless DC motor in a purely mechanical operation. In other words, it will be built like a large mechanical Swiss watch mechanism – with absolutely no logic controls or other computer-controlled components. The circuits will use 100% discrete transistors, and will feature parts comparable in construction to those found in decks crafted in the 1960s and early 1970s before the introduction of logic controls and 5534 operational amplifiers.

“The result will be a ‘kinetic art object’,” says Metaxas and I, for one, can’t wait to see and hear it. Fortunately I won’t have too long to wait to get a first glimpse, since a prototype will be shown at the Munich High End Show in May 2018 (Hall 1.0, Stand D01a). A very limited edition production run is then planned for later in the year, with a current ETA of August/September.

Until then, tape lovers, feast your eyes on these… 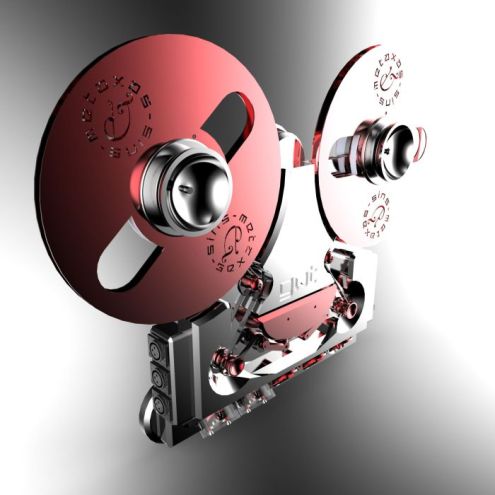 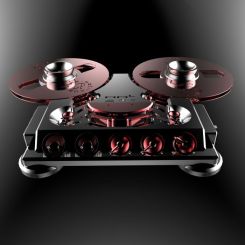 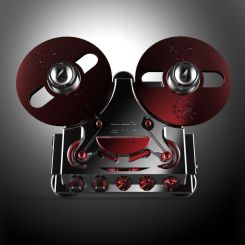 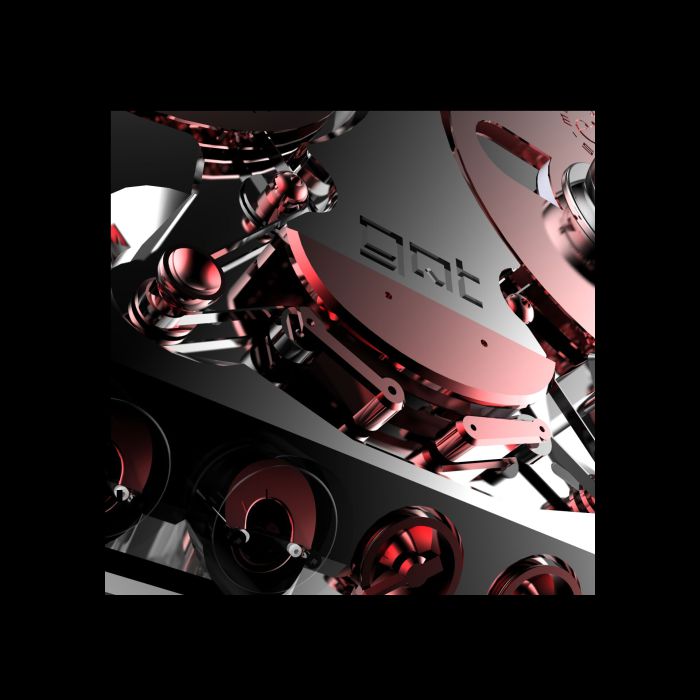