Wikipedia identifies four key eras in the history of sound recording: acoustic, electrical, magnetic and digital. It’s a framework that seems as useful as any to explore recorded music’s 150-year (almost) journey so let’s take a quick tour.

The acoustic era kicked off with Edison’s invention of the phonograph in 1877 and was, as the name suggests, a period of entirely mechanical processes. Sound was captured using a large horn to collect and focus the air pressure of the sound waves. At the apex of the horn was a sensitive membrane or diaphragm that was connected to an articulated scriber. As the changing air pressure moved the diaphragm, the scriber scratched an analogue of the sound waves into a moving recording medium, typically a cylinder or disc coated with a pliable material such as wax or a soft metal.

The fidelity of these early recordings was low since the process only captured a fraction of the audible sound spectrum. So recorded music was typically somewhat bombastic given the need for performers to play loud instruments loudly in order to be heard (think big bands and lots of brass). 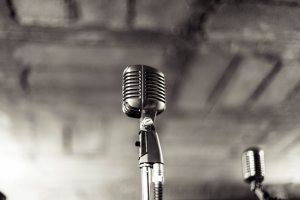 When US company Western Electric introduced a whole new set of electronic possibilities around 1925 record labels embraced them with open arms. Now we had connected systems of microphones, amplifiers and hybrid electro-mechanical recording machines which massively increased the fidelity of sound recording and expanded the reproducible frequency range to a much wider band. Sound could now be amplified, filtered and balanced electronically. Suddenly we could capture quieter instruments alongside louder ones and singers could gently croon away. The sharp end of the process, however, remained mechanical in that the musical signal was still physically scratched into a wax master disc, from which copies were mass-produced mechanically by stamping a metal plate made from the wax master into a 78rpm shellac disc.

German Fritz Pfleumer is credited with the development of magnetic tape recording in 1928, drawing on the invention of magnetic wire recording by American Oberlin Smith in 1888 and its first patented practical application by Danish Valdemar Poulsen in 1898. Development work was also being carried out in the United States and the United Kingdom among other places, but it was the Germans who were leading the way in magnetic recording. Their discoveries, however, were largely kept secret due to the escalating political context leading to the outbreak of World War II. But during the war the Allies realized that Germany had advanced the technology, since the recorded Nazi radio broadcasts the Allies were monitoring sounded as if they were live.

At the end of the war when the Allies invaded Germany, US serviceman Jack Mullin was assigned to capture and analyze enemy radio equipment and bring it back to America. Word quickly spread of its potential and Bing Crosby, among others, recognized an opportunity to use the machines to record his radio programmes. Soon after that the technology took off commercially on an international scale.

Magnetic tape’s dramatic leap in audio fidelity meant that it rapidly became the standard for master recordings of music and radio broadcasts worldwide. It also revolutionized the recording process with the development of multi-track tape recording, tape mixing and editing, as well as the first stereo recordings for the consumer market. Composers, producers and performers unleashed their creativity and popular music exploded like never before. And while our playback media of choice moved from shellac to vinyl, from 78rpm to 331⁄3 and 45rpm, and then from vinyl to cassette, at the professional recording end the open-reel tape deck remained the equipment of choice right into the 1990s.

Digital sound encoding was honed by Japan’s Sony corporation (the CD ‘Red Book’ standard was originally based on the ability to record digital audio on a Sony Umatic video recorder). Until that point, all previous technologies captured a continuous analogue of the sound being recorded. In contrast, digital recording captures a series of samples of the sound which, when played back through a digital-to-analogue converter, combine to form a continuous flow.

Almost overnight compact discs replaced vinyl records, then within a decade they too were replaced by the digital audio file. While this new era didn’t herald another jump in audio fidelity (quite the opposite for many audiophiles, but let’s leave that argument for another time), what it did bring were major cost economies and conveniences to both producers and consumers at all levels – from recording, through production and editing, to playback.

As a result digital sound reproduction quickly became the norm across the board, from professional music studios to home and on-the-go listening. It also changed the fortunes of the music industry forever, having fuelled an explosion in the free (illegal) sharing of copyrighted digital media (but again, that’s a whole different debate best left for another time and place).

So where are we now?

While it’s human nature to hark back to the good old days and to wish for a brave new world ahead, it’s our view that right now we’re in a veritable sweet spot – the best of all worlds and with yet more potential to come. 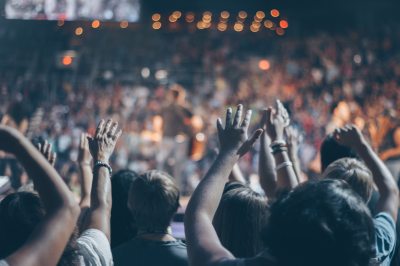 We have all of the economies, conveniences and technological advances of digital media. And we have all of the quality, authenticity and physicality of analogue. We can have our music whenever, wherever and however we like it. We can get our hands on the widest range of music ever available in history, as well as the means to play it, easily and for next to nothing if we so choose. We can equally opt to invest (budget allowing, obviously) in a to-die-for quality system and media whose performance will blow our socks off and/or stun us into reverent silence. In short, we music lovers and audiophiles are, right now, having our cake and eating it with icing on top.

What’s more, there’s even more to look forward to. A few of our best engineers are moving on from arguing about digital versus analogue and instead focusing on what we can learn from digital and analogue in order to move both technologies forward, separately and together.

So perhaps we’re now in ‘the hybrid era’ (though ‘the cake-eating era’ also has a certain ring to it). And, while  the resurgence of analogue alongside the continued development of digital is unlikely to result in a revival of the old Edison-style cylinders any time soon, we firmly believe that open reel tape will have a significant part to play.