Audio journalist and regular Hi-Fi Choice contributor, Neville Roberts, has been fascinated by open reel tape for most of his life. Here, he casts his mind back over the many and varied tape decks he’s shared his life with to date. If you’re in the market for a vintage machine, there’s some great pointers here. Over to Neville…

One of my earliest recollections was at around the age of 9 when I watched my father, who had acquired a Collaro Studio tape deck and electronics, make a wooden case for the Collaro and so we ended up with a ‘portable’ valve mono tape recorder. I remember many times recording the sound from a television programme with a microphone placed in front of the television speaker. Not to be outdone, I used an old Easter egg box to make my own cardboard tape recorder. I cut up strips of tape to make the internal wires by Sellotaping them to cardboard circuit boards. Reels of tape were made by fashioning a couple of spools from a (used) wine cork and cardboard flanges, and then winding ‘tape’ onto them that I made from strips of paper Sellotaped together to make a long length. I’ve always been a bit of a geek! And I got through masses of Sellotape, much to the dismay of my parents.

Teenage and beyond: getting serious

By my mid-teens in the late sixties I had inherited the Collaro Studio tape deck together with my parents’ old radiogram and had ‘upgraded’ the electronics of both. The construction of a mono speaker ensued, made from a couple of old drive units – one of which was an old Wharfdale bass unit. By the mid seventies when I started working as an electronics engineer, I could afford my first proper audio system and taking pride of place in my flat were a pair of transmission line speakers, a Marantz tuner/amplifier, a Garrard SP25 turntable fitted with a Shure M95ED cartridge and an Akai 4000DS tape recorder.

The Akai 4000DS Mk.II, which was in production between 1976 and 1978, was for many of us then the first truly hi-fi tape deck. This machine made a virtue of money-saving simplicity by using a brass sleeve fitted over the capstan to change the tape speed. A separate switch changed the equalization settings to suit the 3¾ ips and 7½ ips speeds.   This particular model was the successor to the 4000DS (circa 1972-1976) which in its turn was a successor to the 4000D (circa 1970-1972) with several improvements. Its success was due to a simple but rugged construction that resulted in a build quality beyond its competitors in the same price range, together with good recording and playback quality due to the separate record and playback 1-micron gap heads.

The Akai was not without its quirks though! When playing in the upright position, you were forced to use the push-on rubber reel retainers to prevent the spools from falling off.   After a while, the rubber retainers had a habit of popping off the spindle of their own accord, which was rather disconcerting when you were relaxing while listening to a piece of music!

I bought my recording tape from a surplus store that sold used professional audio tape. Most of it was Agfa PER555 professional tape and some of it still had recordings on it, which it had been made at 15 ips. Since the 4000DS could only support speeds of up to 7½ ips, I made a larger diameter sleeve out of aluminium to make it run at 15 ips so I could listen to the material on the surplus tapes. Of course, the equalisation was wrong, but it was good enough for me at the time!

There was, however, a noticeable reduction in the quality of music recorded on the Akai, even when using low-noise tape recorded at 7½ ips. Obviously there was no Dolby noise reduction, so a little tape hiss was always evident, but the Akai was also a little bass light and ‘thin-sounding’. It was time to move on and the Akai was sold to make way for a Sony TC-377.

The Sony TC-377 Three Head Stereo Tapecorder was fitted with Sony’s ‘Ferrite & Ferrite’ heads and was produced between 1972 and 1977. It had a pretty good specification for the price, considering that it was one of Sony’s ‘entry level’ hi-fi separates. It was justifiably a very successful domestic machine and Sony followed it with the TC-378 in 1977 and the TC-399, which was in production from 1978 to 1983.

For the more affluent enthusiast, there were plenty of models to choose from. For example, the TC-558, which was produced from 1973 to 1976, featured solenoid controls (instead of mechanical levers) and six heads to enable full auto-reverse operation.   However, to allow for the larger 10-inch reels, you had to upgrade to the TC-755, TC-756 or TC-758 machines. These also had solenoid controls, but featured dual capstan drive to keep the tape tension constant across the heads. Additionally, the TC-756 supported speeds up to 15 ips. At the top end of the spectrum was Sony’s TC-765 that was introduced in 1976 and manufactured until 1982.   This machine offered superb sound quality for a quarter-track, 7½ ips machine – with a price tag to match!   Moving to the TC-766 offered 30 ips and half-track stereo (unidirectional operation) for the ultimate in sound quality.

Anyway, back to my TC-377. This machine has a cleverly designed walnut-veneered cabinet that enables the deck to be operated in either a sloping horizontal position or a reclined vertical position. By removing four screws, the machine can be withdrawn from the cabinet, rotated through 180 degrees and re-fitted.   Incidentally, the reel spindles are fitted with a twist-locking device to hold the reels in place when the unit is used vertically – no rubber retainers to fly around the room! Another delight for me was that, in common with other Japanese equipment of the period, the instruction manual supplied with the unit included a circuit diagram!

For a relatively modest increase in cost compared to my Akai, there was a huge step-change in performance with the Sony. On paper, the Sony claimed a 20Hz to 25KHz ±3dB frequency response using low noise tape, which is similar to that quoted for the Akai. However, the Sony claimed better than 55dB signal-to-noise ratio, an improvement of 5dB on the Akai.

The Sony was clearly superior to the Akai in terms of sound quality, having a fuller range with no tendency to bass lightness. On A/B testing when using top quality low noise tape at 7½ ips with a vinyl source, it was difficult to tell which was source and which was tape.   The only clue was the slight increase in background hiss on the tape. This is a small price to pay (after all, we do put up with the odd click on a record, don’t we?).

The beginning of the end?

Alas, by the early 80s, the open reel recorder was very much a ‘legacy format’ and that, together with my many work commitments, meant that my Sony ended up not being used for many years. I did, however, miss the happy times of playing tapes on my Akai and Sony tape machines in the past.

Fortunately, we are now seeing a resurgence of interest in analogue tape and a revival of interest in tape as a medium – but this time, of professional tapes recorded at 15 ips. Over the past couple of years, we have been seeing an increase in the number of companies that are producing music on tape. Some companies, such as The Tape Project and Analogue Productions in the USA, and Horch House (now rebranding as Entertape) in Slovakia, focus on re-releasing master copies of the master tapes of original analogue recordings. These companies have acquired the rights and the original master tapes of some famous recordings, ranging from Leopold Stokowski’s Rhapsodies through to the legendary big band music of Bert Kaempfert and the like. Other companies, such as the Swedish Opus 3, Open Reel Records and Fonè of Italy, Yarlung Records of California and Chasing The Dragon in the UK, are now producing modern recordings that have been made on analogue tape.

As a result, I have now rediscovered my passion for the medium and have acquired a superb Studer A810 machine, which is classed as a ‘professional portable’ tape recorder (though weighing in at 68 lbs, it’s only just ‘portable’!). From the outset, it was evident that professional analogue tape can leave even the best vinyl standing – tape really is ‘vinyl on steroids’! Both modern and original master tapes that were used to cut the LPs really sound fantastic. A demo tape from Marco Taio of Open Reel Records is truly breathtaking. I have also been able to compare a copy of Chasing The Dragon’s direct cut vinyl ‘Espãna’ with one of the company’s new master tape copies that was made from the 30 ips ½-inch tape. The tape was recorded from the same audio feed that was fed to the vinyl cutting lathe, and this provided a rare opportunity to compare tape with the very best that vinyl has to offer. In an A/B test comparing the LP with the tape, the tape took the sound quality to a noticeably higher level. This tape recording conveyed a bit more of the magic of hearing the concert live – as indeed I did, having been present in the actual studio during this recording. I could almost smell the rosin that is used on the bow strings of the stringed instruments!

Playing a borrowed set of original master tapes of light music recorded in Germany in the 1960s and featuring the Manfred Minnich orchestra, I once again find myself captivated by the incredible fullness, clarity and presence of the recordings. These are not second-generation copies, they are the original tapes of the actual recordings.

Having heard for myself all that tape has to offer, I can now understand why companies are starting to invest again in analogue tape recording and replay technology and manufacture of the media. Good quality examples of professional tape equipment are becoming increasingly hard to find and prices are rising rapidly. I can see that the growth of interest in the tape medium will be considerably faster than it was for vinyl as the vinyl revival has already proved that high-quality analogue can seriously challenge even the best of the modern formats. In my opinion, it will only be cost factors that limit the take-up of open reels.

As for me, I am, once again, enjoying the thrill of removing a tape from its box, lacing it on a tape machine and watching the reels spin, but this time, at 15 ips and half-track stereo. Happy days! 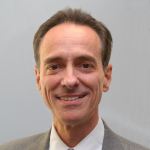 Neville Roberts is a man of many interests and talents. As well as being a regular contributor to Hi-Fi Choice magazine, he’s a retired UK National Health Service (NHS) director, electronics engineer and physicist. He’s also a lifelong audio enthusiast with a particular interest in valve/tube audio design, and a devotee of vinyl and tape. Neville enjoys an eclectic range of music including classical, especially baroque, light orchestral and jazz. He lives with his wife near Bournemouth in Dorset, UK, where he grows orchids and is a keen photographer.